We started our Lappish holidays by visiting Rovaniemi. Although the city is not too pretty, it made a good impression on us. Quiet, well maintained and in a beautiful riverside location. We spent there a really lovely and intense time.

Our travel from London to Rovaniemi took more than 24h. We took a plane from Gatwick airport and around midnight local time we arrived – very excited! – at Helsinki.

Due to our late arrival and early departure of our train next day we decided to spend the night in the airport. Although the idea seemed pretty crazy even to us, it turned out that our Little Rascals were able to endure even that.

We hit the road once again very early in the morning. We had a lot of luck – the airport train station started to operate only a day or two before our arrival. The brand new station smelled of fresh concrete. Despite the early hours, workers were putting finishing touches to the platform.

On the main station, after the early breakfast, we finally entered the train towards Rovaniemi. The big dream of S was to come true – we were taking the high-speed train Pendolino!

We changed the train in Oulu and finally in late afternoon we arrived at our flat in Rovaniemi.

The first day of our stay was filled with attractions. I was a bit worried how the kiddoes would cope with such a tight programme after a long and tiring journey, but at the end of the day they had way more energy than us.

We started the day by visiting an amazing museum – Arktikum. Two very interesting exhibition take us on a journey through Finnish Lapland and the whole Arctic region. One can touch, push the buttons, watch, listen to, look into drawers – total madness!

The first exhibition is about Finnish Lapland and it concentrates on the history of man in the region (with the focus on Sami culture and history of Rovaniemi) and on the local flora and fauna.

In several rooms we’ll see different dioramas, scale models, photos, films, objects of everyday use. We can also take a look at traditional Sami costumes and examples of their handicrafts as well as listen to the traditional folk songs, called joik. 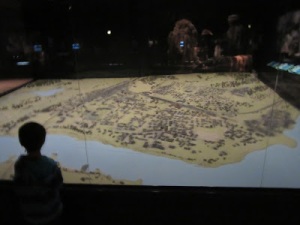 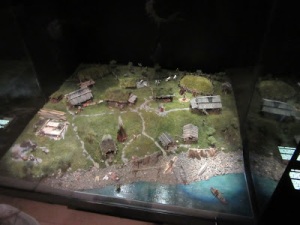 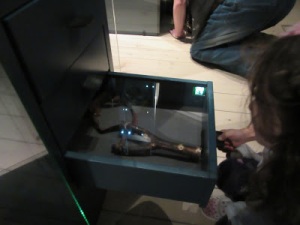 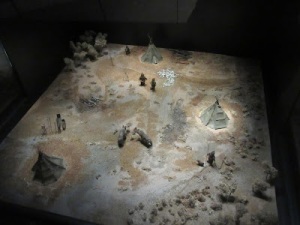 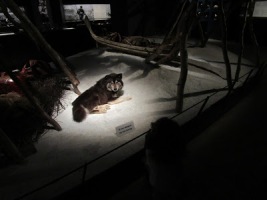 The second permanent exhibition deals with the whole Arctic – changing conditions, environment and ethnic groups living in this part of the world (not only in Lapland).

Here almost everything is incredible! Interactive boards, films and even a video game! There is a specially designed cold room, where we can e.g. feel the arctic wind or see the glare of sunlight reflected in the snow. We can also check what shape will have the snowflakes depending on temperature and humidity. 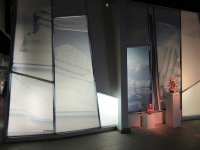 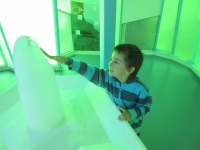 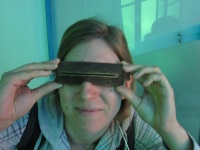 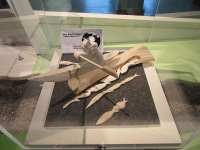 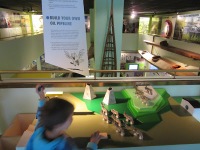 As it was summer and the time of white nights we obviously couldn’t see the aurora borealis. As a consolation we saw two nice performances in Arktikum.

One of them was a multivision show called “The land of snow and northern lights”. A short movie created from a mix of photos and music. Second one – “Northern Lights Theatre” – takes place in a specially designed circular room. While lying comfortably on mattresses we’re watching the visualization projected on the ceiling. The animation shows aurora borealis in the beliefs of indigenous peoples.

***
After Arktikum we went back home to have lunch and rest a bit. In the afternoon we went to Science Centre Pilke, which can be compared to a big and interesting playground. If I ever open my private nursery, it’s design will be inspired by the one of Pilke!

At the beginning I wasn’t even sure whether to go there at all. After all our Little Rascals would be tired and the subject wasn’t exactly of their interest – forestry. But the place turned out to be simply wonderful! Interesting information spots interlace with places to play. One can even climb a real forestry machine and play on a simulator. There’s also a reading corner and a bird house in which one can hide and relax on comfortable mattresses. 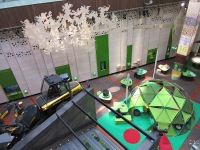 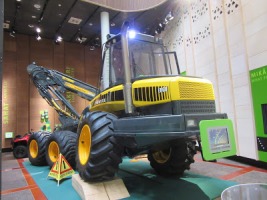 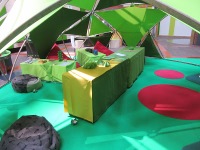 ***
And then we gave a walk through the city… 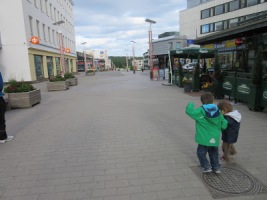 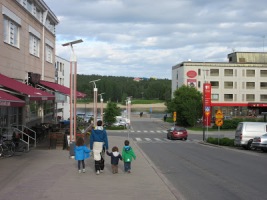 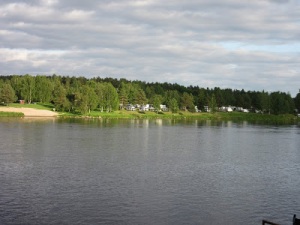 …in order to get to the big playground “Angry Birds activity park”. Free of charge (we like those!), in a beautiful location, with equipment for every age group – playground, fitness trail, futbol pit and a climbing wall. 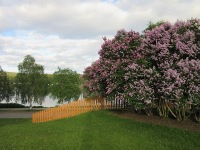 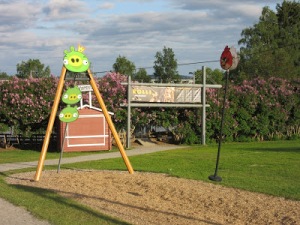 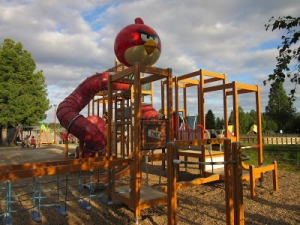 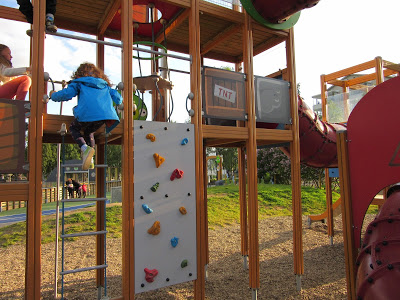 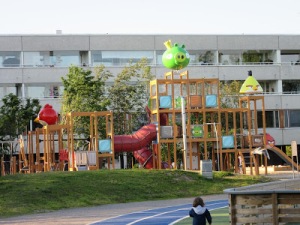 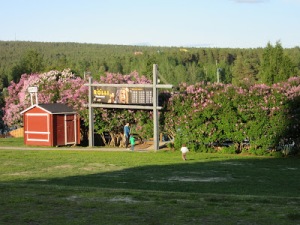 We left the playground almost as the last ones. The Sun was still up high and we hadn’t even noticed it was way after 8pm. We gave a leisurely walk towards home talking about white nights, travel and the attraction of the next day!